Writing Update: one novel and three short stories (including one about vampires, but not anything you’d want to date)

Life has been crazy busy around here over the past two weeks, so I wanted to let you know 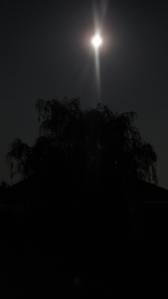 Concept cover for my short story In Vampire Ligno

what was going on around here, writing wise.

First, I’ve finished another round of edits of my first manuscript, Chasing After Vanity. For those of you who have been around a while, you’ll remember that I’ve earmarked this particular work for the traditional publishing route. So now that I’ve finished these edits (which included some rewriting), I’m doing a final copy edit review. Once I finish that, it’s off to the slush pile again.

Next, about three weeks ago I submitted a fantasy short story, called The Sins of Acheryn, to the Fantasy Faction Writing Contest. They’re compiling an exciting fantasy anthology, and so I sent in a piece for consideration. I have no idea when they’ll announce the results, but the competition is stiff. If my story doesn’t make the cut, then I’ll be looking to submit to another fantasy -zine of some sort.

Currently, I’m working on three other projects. Two of them are new short stories that I’m very excited about. The first is titled In Vampire Ligno, and I want you to know two things about this story: first, YES, it is about vampires; second, NO, there is nothing romantic or sensual about them. These creatures are horrifying, and I hope my story captures a bit of that.

The other story is a sort of dark comedy. Called The Necroblogicon (sound familiar?), it pays homage to the works of H.P. Lovecraft by setting his style into the modern age.

And finally, of course, is the largest of my current projects, which is the first book of The Desolation War Saga, of which The Prince of Graves was the prelude. I’m actually a bit upset at the discovery that another fantasy author has recently released a novel called Shadow and Bone. That’s a bit problematic for me, since book one of The Desolation War Saga was to be titled Shadows and Bones. While I could probably keep my title, I will most likely find a new one.

That’s it for now. Thank you all for your encouragement. I hope to have at least one of my short stories out soon, as well as an updated projection on when Book One of The Desolation War Saga will be released.

1 Response to Writing Update: one novel and three short stories (including one about vampires, but not anything you’d want to date)